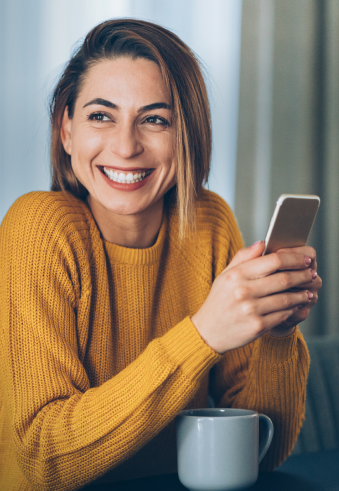 With over 500 million active monthly users, TikTok has quickly become one of the most popular social media platforms on the market. Brands that leverage this powerful social tool can easily promote their products or services to a much broader audience.

With 1.3M followers, and well over 22.9M likes, this restaurant chain can easily get it’s messaging, branding, and advertisements in front of millions of consumers simply by regularly posting on the platform.

Below, we explain how to use TikTok hashtags effectively to ensure that your TikTok posts will have as wide a reach as possible. We’ve also included a list of the most popular restaurant and food-related hashtags to help get you started out on the right foot.

While it’s important to include hashtags with any of your social media posts, they’re not going to do you any good if they’re not relevant, descriptive, or popular.

In other words, you’re going to want to take the time to create a list of highly-relevant, niche-specific keywords that can be used as TikTok hashtags.

For example, maybe you’ve recently published a series of TikTok videos that explain how to make your own tiramisu. In this case, it would be ideal to include a few relevant hashtags, such as #DIYtiramisu or #DIYdesserts.

Or, if you’ve created a video showing your kitchen staff in action, a hashtag, such as #BehindTheScenes, would be relevant.

Finally, while relevancy is crucial when using hashtags, it’s important to include a combination of popular hashtags as well.

But how do you know what TikTok hashtags are popular enough to use?

While you must never imitate or copy your competitors, it’s still a good idea to occasionally check in on what they’re doing, the type of content they’re producing, as well as what sort of hashtags they’re using with their posts.

Not only is competitive analysis a crucial aspect of any successful marketing strategy, but doing so can also help you generate TikTok video content and TikTok hashtag ideas that are already relevant and popular in your industry.

Plus, performing a competitive analysis can also help you spot content gaps, which can help you create content and use hashtags that aren’t yet being used by those in your industry.

Creating Your Own Branded Hashtags

Branded hashtags are simply hashtags that include the name of your business, brand, organization, or products or services.

So, for instance, if you operated a fine-dining establishment called Chez Ren, you might want to start using a hashtag, such as #ChezRen or #RensEatery.

While the main goal of doing this will help get your establishment’s name in front of your viewers, making it more memorable, at the same time, it will also make it easier for your viewers to browse and explore all of your content that’s been shared using the same hashtag.

In this case, when a viewer clicks on one of your branded hashtags, they’d be led to a listing of all your content, rather than only seeing the one post.

The 25 Most Popular Hashtags For Restaurants Owners to Copy & Paste

Keep in mind that this is not an exclusive or exhaustive list, and rather than solely using the following hashtags, it’s much more practical to use a combination of relevant, niche-specific hashtags, as well as your own branded hashtags.

Remember that while these are considered some of the most popular restaurant-related hashtags, using them won’t do you any good if they’re not relevant and descriptive of your producing content.